When life gets rough some people blame God. They just cannot understand why God would let bad things happen to them. Them… of all people! They were brought up in church. They don’t do anything really terrible. They pray. They do good deeds. And then when something overwhelming happens, they look to God as though He were Santa Claus neglecting to bring them gifts. Consequently, when they feel their petition to God is not answered, they turn away–perhaps choosing the label atheist deciding there is no God or the epithet agnostic which says, “Maybe there is a God. Maybe there isn’t. But I really don’t think it matters one way or the other.”

Where is God when the church of a young mother recently divorced decides she is no longer suitable to continue teaching her Sunday School class? Where is this God when an inconsolable father or mother has just buried an adult child? Where is a Sovereign Being for the teen who can no longer reconcile what she considers the injustice of her God whom she has been taught accepts the tenets of her religious theology more than that of a classmate raised in a different culture? None can find answers, so all have chosen to step away from God, no longer to claim Him as a factor in their lives. All have found themselves seemingly caught up in a cyclone, with them and everything around them spiraling out of control.

My lyric IN THE STORM is based on the New Testament story found in the fourteenth chapter of the book of Matthew, verses 22 through 33. There you find the account of Jesus’ disciples who are out fishing when a huge storm emerges.

Prior to the outburst of wind and rain, Jesus had just performed the miracle of providing food for more than five thousand persons by blessing, breaking and sharing five loaves of bread and two fish until there was plenty to eat and to spare. Then He instructed his disciples to escape from the multitude by boat while He would disperse the crowd and go up on a mountain to pray in solitude. Soon the ship is being tossed about in the waves and Jesus goes out to them, walking on the water.

The disciples see Him but, of course, are afraid, thinking they are seeing a ghost. When He shouts out to them, Peter asks for further confirmation of Who He is. “If it’s You, tell me to come out to You.” He then steps out of the fishing boat in faith to walk on the water to join Jesus. However, he soon takes his eyes off the Lord and begins to sink. Peter cries out, “Lord, save me!” With that request, Peter affirms Jesus as Lord and Master and asks to be saved from drowning. Jesus extends His hand, grabs hold of Peter and they both get on the boat as calmness comes over the sea.

I hope the ideas expressed in my lyric IN THE STORM may help you reflect on the storm in your life.

Sometimes I cry out, “Why, Lord?”
When my life becomes a storm;
For when I fail to look outside myself,
My spirit’s tossed and torn.
But then I think of Peter
Walking on the troubled sea,
And Jesus’ caring hand is there
Reaching out to him and me.

Disciples foll’wing Jesus
Had the favor of the crowd;
But it was only for a little while
That praise to God rang out.
Soon favor turned to fury
When Christ didn’t suit their plan,
And waves of praise became a storm
For those led by God’s command.

A Poem/Lyric of Comfort and Assurance
Based on Matthew 14:22-33
By Connie Carlisle Polley, 2018
conniecarlislepolley.com

3 thoughts on “In the Storm” 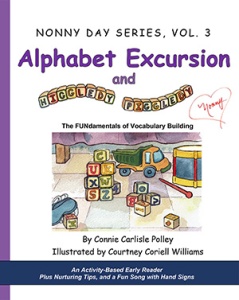 Tap or click below to check out the first two volumes in the NONNY DAY SERIES: 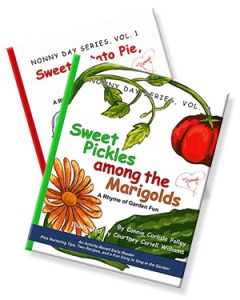 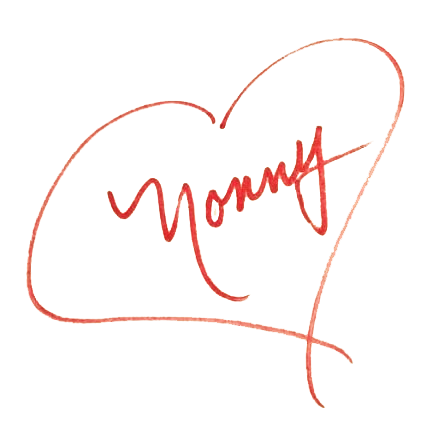